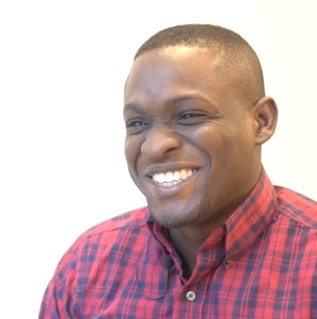 According to EducationData, there will be 3,898,000 U.S. college graduates in 2019-2020, an increase of nearly six million students from the 2015-2016 academic year. For most, graduation signals the beginning of adulthood and a chance to start their career. But for those who never had the opportunity to gain experience through an internship or if they lacked access to an expansive professional network, the prospect of finding a post-graduate job can be marked by uncertainty.

Despite a relatively robust job market, getting an entry-level job can be daunting – as Glory Batubo knows all too well.

Glory was born in St. Louis, Missouri, but moved to Rivers State, Nigeria, where he conducted most of his studying. Like other graduates, Glory had a tough time finding a job in tech. Searching to break into the field and to learn more about his birth country, he moved to the U.S. but found his job prospects hampered by his lack of experience and network.

That’s when he went looking on job sites and came across Revature.

“I watched lots of videos and success stories. I made lots of calls, and when I moved to the states, I made a call again and was told that I had to be in VA or one of the training locations,” Glory said. “I hesitated a bit because just being new in the U.S., I didn’t want to move out on my own, but after a few months, I really wanted my career [in tech] kickstarted, and Revature was promising me that, so I decided to come.”

Revature was founded on the premise of providing opportunities and careers in technology. Working under the guiding principle that people just need the chance to show what they can do, Revature offers 10-12 weeks of training in a technology that has resulted in jobs for 96% of attendees. Although intensive, the training and soft skills learned while going through the program often prove to be transformational.

“Training at Revature has built me a lot,” said Glory. “Not only in education and skills but emotionally and psychologically. Revature builds you all around, and I’ve really enjoyed my time here. It’s been a pleasure,” he added.

When asked what advice he would give to anybody considering Revature; Glory said, “If you know what you want to do; if you really want this job, a career, it’s only three months. Put the work in, and you’re not going to regret being with Revature.”

Glory’s transformation not only came with his education and skills but also with his job prospects.

“It’s been three weeks, and I’ve had a total of three interviews already after my program, so this is very positive for me. And I’d advise anybody to just stick their head in and do it till the end.”

Listen to Glory’s Revature story in his own words:

Click here to learn more about Revature and kickstart your career in tech.