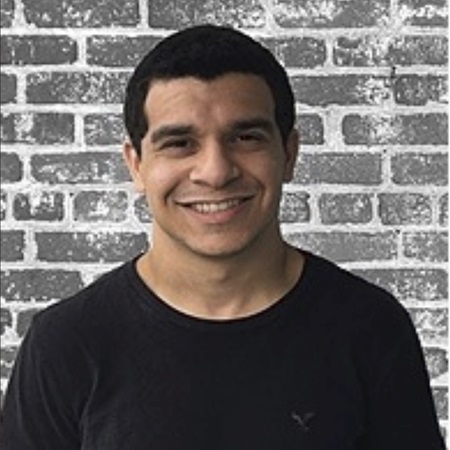 Giovanni’s Story: How I Became a Software Engineer
“What do you want to be when you grow up?” It’s a seemingly innocent question that’s posed to most of us when we’re young. For Giovanni Gonzalez, his response seemed like second nature – he wanted to go into the health sciences field and become a doctor. But as we all know too well, ambitions change.

Towards the end of his senior year at the University of South Florida (USF), Giovanni had just finished his MCAT exam when he began to question his career path. After years of knowing what he wanted to do professionally, Giovanni was suddenly unsure about his career prospects, and that’s when he found Revature.

“[Revature] presented this idea of, ‘Hey, you can become a software developer. We’ll train you; we’ll pay you,’ and here I am now. I wasn’t in the technological field at any point in time, and never thought it was even imaginable,” Giovanni said.

Although he now knew what he wanted to do, Giovanni wasn’t sure how to gain the requisite knowledge necessary to become an entry-level software developer. As he would soon learn, sometimes all it takes is a SPARK.

Learning How to Code Without a Background in Computer Science
“[SPARK] is a four-week program where you learn foundational materials like Java for two weeks, HTML CSS for a week, and JavaScript for a week. The program helps a lot because you get a little taste of the pace of training and it’s foundational coding that helps you understand things like inheritance and capsulation,” said Giovanni.

After completing the SPARK program and passing the object-oriented programming skills test, Giovanni entered the next phase of his tenure with Revature: in-person training.

“Training is 10-12 weeks, depending on your cohort. The pace is quick – on the quicker side of things – where one week you’ll learn a whole technology like Java in two weeks, Angular, JavaScript, and other technologies that you’re introduced to.” Giovanni’s cohort – or batch as they’re called at Revature – focused on full stack Java and frameworks such as Angular and Pivotal.

The foundational knowledge that Giovanni gained during SPARK increased his confidence and allowed him to quickly pick up terms, concepts, and contribute to technical discussions with his peers.

The Revature Experience
“My training class was around 20 people, so it wasn’t like a lecture hall, and it’s very much group exercises. You have interactive lectures where you code and follow along and work with one another. It requires everybody to work together as a team because that’s the sort of environment that you’ll land in the real world.”

Despite not knowing one another before training, Giovanni and his peers quickly formed a powerful bond. “We have a term that ‘batch is family’ because they became like a second family to me, and we went through this process together. We went to the Florida State Fair and concerts together.”

The bonds formed during training aided Giovanni and his batch during the 10-week process. Not only did they spend time together learning the technology, but they also worked with their trainer during weekly one-on-ones to enhance their soft-skills and presentation capabilities. Giovanni’s hard work and dedication paid dividends as he was hired to work for the state of California.

When Giovanni reflects on his time at Revature, it seems like a story almost too good to be true. “I never saw myself here a year ago: I just finished my MCAT exam and was eating frozen yogurt,” he said. “But it’s very exciting to be in this position and have the opportunity to become a software engineer,” Giovanni concluded.

Hear Giovanni’s story in his own words: