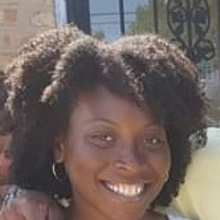 As an English major from the University of Michigan, Christina Russ never imagined her future would include a career in coding. Meet Christina and check out her advice for anybody who’s considering working at Revature.

Tell me about your journey to Revature

Well, I initially wanted to be a copywriter. While I was attending the University of Michigan, I took a few computer classes, but I didn’t like the way it was taught. Once I graduated, I worked as a copywriter for a while, but found it wasn’t fun – I was miserable. One day, I realized that I liked coding in my spare time and wanted to do it for a living. So, I started applying for jobs. When I saw a posting for a job as a software developer at Revature, I applied, got a call back almost immediately, and that’s how I got my start.

What did your parents think about Revature?

At first, not good things. At the time, I didn’t have a job, but I was willing to relocate for the right opportunity. Revature said they would train me and pay me to do so, and that sounded good to me. My mother and father thought it was too good to be true and even wondered if it was a scam. But I believed in Revature and how they could help me achieve my goals. Now that I’ve completed the training, my parents see that I made the right decision.

What did you think of the training?

First and foremost, I loved my trainer. I don’t know what I was expecting, but I wasn’t expecting Ryan – he was intelligent, sassy, and most importantly, fun. The training was rigorous but the amount of knowledge I gained from it was worth it. I was familiar with C++ and some other technologies, but much of what I learned at Revature I didn’t know before I came here.

I grew up in a predominantly black neighborhood, but when I went to college, I became more accustomed to being around people who aren’t like me. And when I came to Revature, it was almost the expectation that I would be around people who don’t look like me. So by the time we got to project 2 (approximately 5 weeks in), I had really warmed up to everybody, and that’s when I gained the same level of comradery as my peers.

What advice would you give to women who are considering joining Revature?

Although there may not be many people who look like you (which is especially true for African-American women), it’s important to know that you’re just as capable as the people sitting around you. I was around people who were computer science majors – mainly men – and that can certainly make you feel like you’re inferior. So when you don’t see people like you in the room, it can make you feel a certain way – don’t. You are just as capable, and you’re here for a reason.

Now, Christina is working as a Revature Trainer – guiding new team members through the same fulfilling experience. To get your career kickstarted, click here and apply now!